When Alan Abrahams aka Portable drops his vocals in the midst of his live sets, the skin tingling reaction is undeniably instantaneous. It’s Portable’s s hauntingly deep lyrics that are the hallmark of his artistry, performed with his typical flamboyance they hinge on a rhythm section that seems to permeate from the most intimate part of his soul. It’s not hard to see why house and techno pioneers such as Perlon founder and fabric67’s Zip are such huge fans of his, racing to release true Portable wax such as ‘Find Me’ and ‘Into Infinity’ – his latest LP release to date. Growing up in South Africa, Abrahams has kept an explicit connection to his musical background heritage in his contemporary production. Fusing Afro-European music and culture together whilst transcending the waves of electronic music he took himself to London as his first new and musical base at the turn of the century where he founded the Süd Electronic label with his partner Lerato in 2002. Releasing a string of his 12″ releases and is still riding strong today. Since he’s found himself based in Lisbon and currently Berlin, where he’s enlisted none other than Tama Sumo to join in on the A&R of the label as their latest addition to the Süd Electronic fam. We also can’t mention Portable without giving a nod to his dance floor focussed alias Bodycode – a body moving dance project backed by a repertoire of dance-floor essentials including the ‘A Document Of An African Past’ EP on Yore Records and ‘Immune’ LP on Spectral Sound. 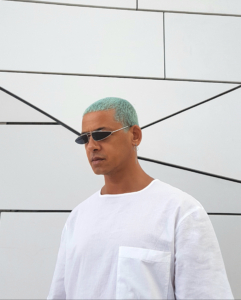